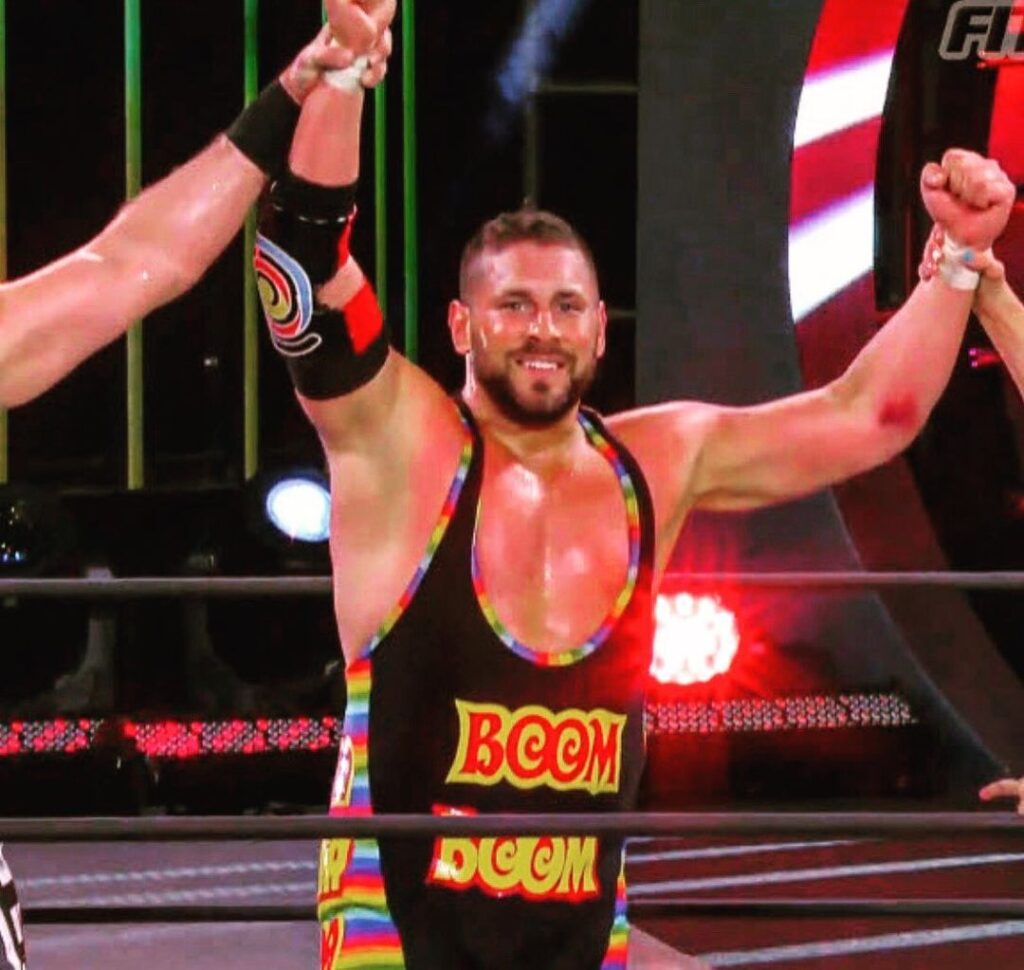 Colt Cabana on his time in WWE, signing with AEW, his new podcast

Colt Cabana is a professional wrestler, podcaster and entrepreneur. He joins Chris Van Vliet from his home in Chicago, IL to talk about his new podcast called “Wrestling Anonymous”, what he learned from working in WWE under the name Scotty Goldman, why it took him so long to join his friends in AEW, how he was the brains behind starting Pro Wrestling Tees, working as a commentator in Ring of Honor, why he loves comedy wrestling and more!

On why he is getting back into podcasting:

“Well the pandemic and quarantine has forced us to sit at home. And also it has made me realize that I don’t have to wrestle 200 days a year on the road. There are other ways that I can express my creativity. I love the idea of editing, producing and directing. I am collecting these phone calls from fans and editing them together, and figuring out the best order to put them in. Essentially I am a curator for this show. It’s really inspired me. In the past it was I had to do this show because I wanted this person for my podcast. This is because I did all of my interviews in person. I would say an opportunity like Justin Credible is going to be in this area. I should do this show because I could make money but also have Justin Credible on my show. This new show is just people sending a message, the hustle to get to these shows isn’t as imminent. I’m also taking quarantine very serious and realizing through Twitch and Patreon I can make a decent living. I also signed with AEW and Tony Khan has made sure we keep things safe.”

On the new podcast format:

“There’s a lot of inspiration through this. There is a lot through nostalgia too. I love the idea that I am doing this show now but in 30 years people will look back and hear these stories of the current times and past times. There’s a lot of old time radio that I am inspired by. It’s essentially a hotline call format. For years people wanted to be on my show and it broke my heart. It wasn’t a fan show, it was for the wrestlers. The Art of Wrestling is where we told our locker room stories. Now this is the platform for everyone’s stories.”

On his own fan story:

“I have done a little bit of stand up before. I started developing this story. When I was 16 years old I was in an AOL chatroom. This guy hit me up because it said on my profile that I like wrestling. His profile said he was 40 and like Greco-Roman wrestling and bodybuilding. He was like ‘Hey I’m out of practice, would you like to come over and wrestle with me?’ I was like ‘That’s super weird I should meet you first.’ I was 16 and just wanted to wrestle. I was about to meet him and my mom stopped me. When she asked what I was doing I said ‘I’m going to meet this guy at a pizza place so I can then wrestle in his basement.’ My mom might have stopped me from getting abducted. But this was how much I loved wrestling.”

On when he felt like it was all clicking together:

“I think it was when Ring of Honor was constantly booking me and with 3 figure sums, I don’t like to brag [laughs]. I figured out if I get 6 bookings at $100 I could do that. Ring of Honor really gave me the confidence that I knew I was getting decent money at the time. They could also boost my profile and made me make more money in different places. For me it didn’t get so giant quickly that I’m not asking for too much on independent bookings. I’ve never had to take too many steps back. That’s been a great career trajectory for myself.”

On taking a pay cut in WWE:

“Yeah I took a 50% pay cut. That’s just what it was. My friend who was in the same boat as me a year and a half before told me it was the sacrifice you have to make. This is because the potential is there and it isn’t on the indies. Years later when I started my own thing, I was making more money than some mid-carders in WWE. At that point in 2006, there was a ceiling in independent wrestling to most people. I said if I’m going to become a millionaire, WWE is the only way I can do it. So lets give it a shot.”

On why his WWE run didn’t work out:

“It wasn’t that it wasn’t working. I didn’t look like Dolph Ziggler or Jake Hager. These were guys that were with me in OVW. I always knew I had to sneak in as a bit player. I saw the Santino role, they were like we are going to Italy can you speak Italian. Santino is like yeah and there we go, he’s Canadian! So I was like I will be in the system and get over in Louisville. When I started in OVW people knew who I was, so I got over. Me and [Shawn] Spears were the 2 time tag champs, I was the TV champion too. But that doesn’t mean anything in the big system. So what was I hoping for. Maybe they tour Israel and they need a Jewish wrestler. Maybe they needed a funny sidekick. I pitched the idea of being a general manager for Heat, which had been taken off TV. They said I need to think bigger.”

On his comedy style and why it works:

“This is something I think a lot about. They say being yourself is the natural move in wrestling. I was doing good on the independents as a regular wrestler. But I was thinking about the longevity of my career as a regular wrestler. I was never as athletic as AJ Styles or Christopher Daniels, so I didn’t try to be. Nigel McGuinness said he never wanted to be a main event player, but he looked at the independent system and you had to beat the crap out of yourself. He had a great series of matches with Daniel Bryan, but he only had a 2 year career. I said to myself I could drop myself on my head every match and destroy my body, or I could wrestle safely and develop this new style. I love the idea of going from town to town and hitting up all of the shows. That idea has given me such longevity. I love Nigel but his career got cut short and mine still has many years left. I put that down to the comedy style.”

“I think I can wrestle in my 60’s! I’m no Billy Gunn, he looks better than 80% of our roster, but he is 57. It gives me hope that guys like Billy, PCO, Christopher Daniels. I thought in my late 30’s I may have to hang it up. But I am happy to play my softball league a couple of times a month and have fun. That’s how I view it. To be honest I think people get the idea I have been setting myself up for post wrestling my whole career. I just don’t worry about my future in that way. I think I will be fine. When I got fired from WWE, I’ve always wanted to have a lot of options. That is something I have always had.”

“My family, the positive wrestling fanbase and open minded people.”