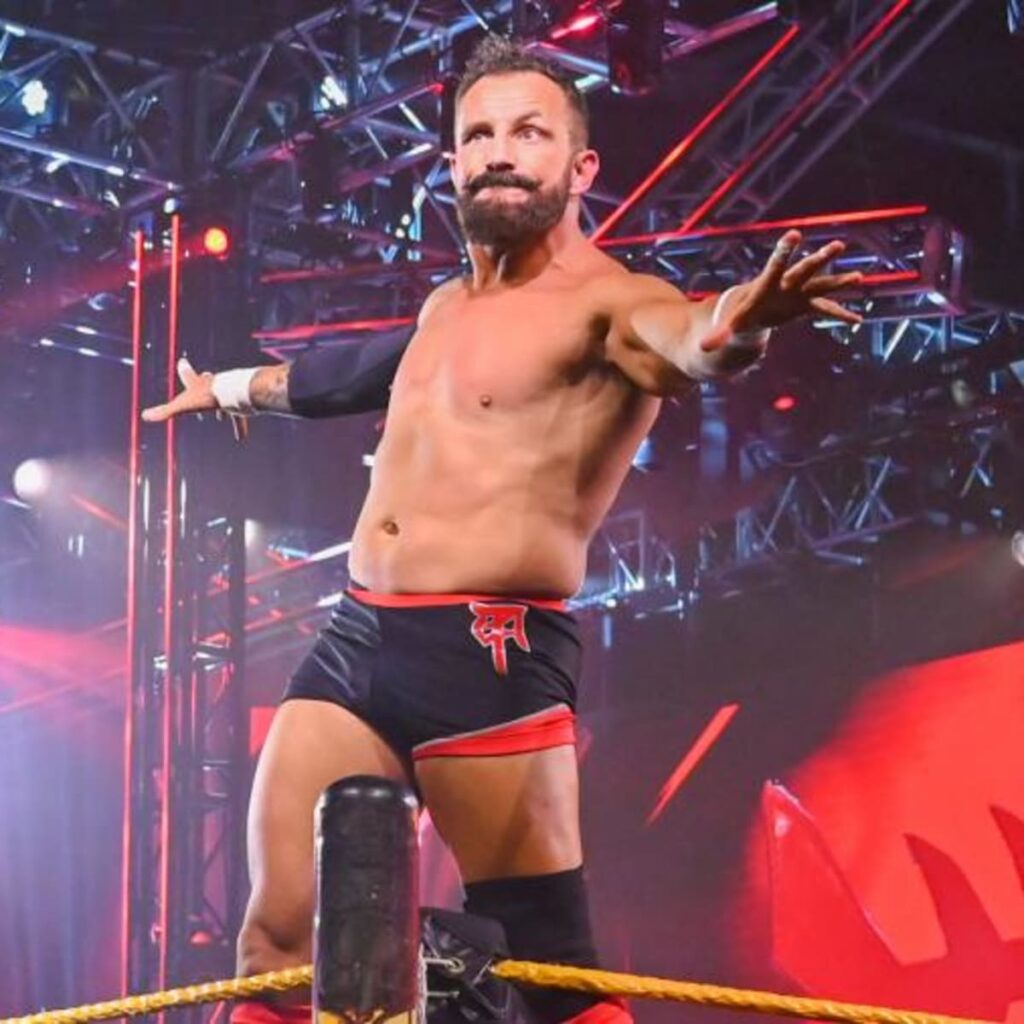 Bobby Fish is a professional wrestler currently signed to MLW and known for his time in NXT as part of the faction “Undisputed Era” with Adam Cole, Kyle O’Reilly and Roderick Strong. He has also worked for AEW, Ring of Honor and New Japan Pro Wrestling. He joins Chris Van Vliet to talk about why he signed a contract with MLW, some of the matchups he’s looking forward to there, forming the Undisputed Era, being released from his WWE contract, what he learned from training with the late, great Harley Race, his plans after wrestling and much more!

On his upcoming MLW Debut:

“I’m excited. It’s an interesting place to get out there on the indie scene and kind of doing this thing freehand. When you spend a good amount of time in this business, you experience… Every place is different. No place is better or worse, just different. It’s certainly different getting back into the swing of things with where I am now and in a place like MLW.”

On becoming a singles wrestler:

“I think it’s like, you get your bearings, you’ve got to give yourself that time. But I think when you have done it for this long, transitioning between the two, I don’t want to say it is easy, but you know it’s going to happen. You just have to be patient with it sometimes. They both have pros and cons to them, just like anything else. But towards the end of our Ring of Honor run, Kyle [O’Reilly] and I stopped tagging, I did mostly singles. Then transitioning to NXT, it turned into a couple of years of mostly tagging. I don’t know how to categorize the tail end of my run, but now I am back to kind of a singles route, and I am happy about it.”

On his time in NXT:

“As a whole, I would say that it was one of the highlights of my career. Obviously the Tokyo Dome and New Japan stuff were highlights as well, I don’t rank things above or below necessarily. But debuting in the Barclays Center, standing next to 2 of my best friends, and getting that reaction that is now somewhat estranged to us, because of the lack of crowds recently. There’s all that, and as a whole, I think when we found out that it was going to be Adam [Cole], Kyle and I, that was NXT’s idea. It felt like we were just waiting for someone to come into the room and go ‘Ah! We were just screwing with you.’

On The Undisputed Era:

“From that point all the way to when they added Roddy [Roderick Strong], who at the time if they had suggested anyone other than Roddy, we would have been unsure. It was just kind of serendipitous in it being 4 legitimate close friends. It made it feel like we were not going to work. Even when we were running hard and we were the workhorses of NXT. I will say wholeheartedly and with confidence, we loved it, because it was what we went there to be, and it wasn’t hard. You were just hanging out with your buddies and it didn’t seem real.”

On possibly ending his career in NXT:

“I mean I was just trying to be present with it and not think too far ahead. There was definitely a time in my career where I thought the standards required in WWE would have ruled me out at that point. [Chris asks if this is in regards to size?] Among other things yeah. Let me put it this way, I am far from the prototype. And at that point in my life, even further from the prototype. So to get the opportunity that I got, for Triple H and Shawn Michaels to roll the dice on us and give us an opportunity to end up in this great group that was compared to DX and The Horsemen. It doesn’t get any more humbling.”

The origin of the Adam Cole boom:

“The whole thing, we were just feeling it out as we went. The music, I think any time you get music, you are kind of married to your previous music. When they gave us that music as a group, I kept thinking about the music that Cole came out to, then I started thinking about the music that Kyle and I came out to, and they are very different to one another, and very different to what they were proposing. So it was like well how are we going to make this work? Ideas got kicked around and “Boom” was one of them, and it ended up sticking. I think we each individually found our groove on the entrance, and it all somehow came together. And then, it didn’t all come together in the ring until Roddy was added. It’s interesting how it all came together step by step.”

On signing with MLW:

“The opportunity presented itself and it made more sense the more we talked about it. Having this opportunity caters to my style and there were some interesting matchups ready if I looked at them on the surface. It just made sense.”

“Harley was somebody that after I had been working and trained, [he] had kind of polished my time there. Tony DeVito trained me originally, he had worked in ECW and Ring of Honor. He was the one who trained me, but after 5 years in I did the Harley camp and Pro Wrestling Noah started bringing me over. At the time, I thought I was going over to train. When I saw my itinerary, which was for 3 weeks and not 3 months, I couldn’t make sense of it. So I spoke to Harley and no one really had an answer. I went over there and when I got there, much to my surprise, they told me I was wrestling on Samurai TV. I was actually having my first match and off to races we went. But I guess it was a miscommunication, because from that day I just went forward as one of the working wrestlers. I didn’t know that I was ready for that. Each year I would go back to Harley’s and work with him. It was awesome to spend time with such a legend, he was one of the people who could polish up what was there.”

On the WWE release:

“It was a phone call, the same one that everybody gets. It’s just that it is what it is. The beauty of it is that now there are all of these opportunities, and it’s about figuring out what ones are worth taking and see where it goes.”

“My kids and their health, the opportunity to go back to work and for this morning.”