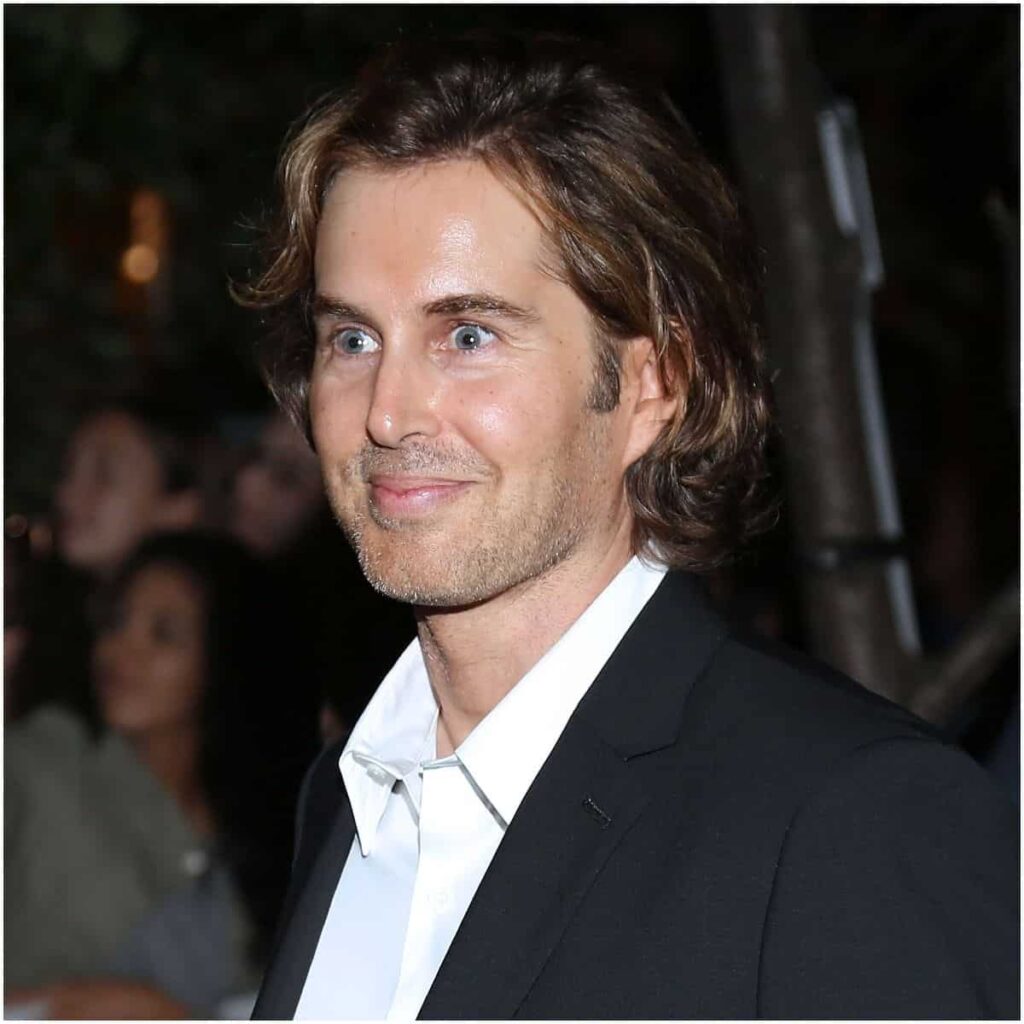 Greg is an actor, writer, director and the bestselling author of the book “The Disaster Artist”, which is about his role in the cult classic “The Room” with Tommy Wiseau. He joins Chris Van Vliet at his home in Los Angeles to reflect on “The Room” 20 years after making it, his interesting relationship with the film’s writer/director/star Tommy Wiseau, how being part of that movie changed his life, dealing with fans, some of the crazy plot points, making his directorial debut with his new movie called “Miracle Valley” and much more!

On first impressions on The Room from his family:

“The Room was really unique, because I saw it at the premiere. So I had all the behind the scenes footage and the rough cut, right when we finished filming. I took it to my family, who were wondering where I had been for the past few months. I’m like, well sit down and I will show you. I put in the movie and there is me in the car on the phone. My brother, who is trying to be supportive, says “Oh sh*t, it looks like a real movie.” I start talking, and my mom says “I see why you are not booking.” Then we start getting into the fight scenes where Johnny and Mark are grabbing each other, and my dad loses it. He normally would not care about this, but he said it reminded him of Seinfeld and he wanted to watch more. So we watched it until 1am, including the outtakes. They all loved it and they thought it was insane, so it was fun and I knew what it was.”

On the movie’s premiere:

“When it came time for the premiere, Tommy had filled the theater with 300 people expecting the next A Streetcar Named Desire. It was in Fairfax, Beverly, which is now a homeless shelter. At the time, there was a spotlight out front and everyone thought that they were getting a good film. So I walk in there, the logos come on, and people are laughing. I’m like oh no, it’s now real, and I can’t escape. Then the sex scene comes on, and you start to hear laughs and groans. I’m like, I’m gonna peace out in the lobby.”

“I walked out to the lobby, and a few minutes later people are walking out and shaking their heads. One guy looked at his friend and said “Dude, I will never get hard again.” At that point, I peeked back in and there is so much laughter. At the premiere, the crowd was eating that up. There is something about that movie that just takes you in, and every moment gets a reaction. After 20 years, how many movies can you say that about?”

On the cult following:

“Yeah it just brings you in. There is a point in the movie where you are either team Johnny or team Mark. I feel you start to get blown away by how insane it is when Johnny gets out the tape recorder. He is creeping around his own house, but he is acting like he has never been there before. The never ending tape and the spoons, it just starts to win you over to where you are in such disbelief, you are just wanting to see where it goes. I think it becomes so immersive that I have never seen anything like it.”

“Yeah he is such a unique mystery. In Cold Blood is probably my favourite book. I have always been into solving riddles and mysteries, he’s somebody who you can’t solve. The more answers I get, the more questions I get, and then it came to a point where I just love the mystery and I don’t need to know more. People ask me “Where does he get his money from?” I tell them that I think it was real-estate or retail. But then they ask how did that make him all that money, I just respond that I don’t know, it’s better to not know.”

On how he embraced being in The Room:

“I was never embarrassed by it, but it wasn’t exactly the kind of movie that I was going to show dates and stuff. I did occasionally use the postcards given to me by Tommy though. So if I saw a cute girl, I would give her the postcard and invite her to this screening, hoping that they would never see it. So then when it started screening, people started showing up and they were quoting it. I showed up to a screening and I couldn’t believe what I was seeing. They were quoting the lines, and they were treating Tommy and I like we were De Niro and Pacino. I knew what it was, but it was still fascinating to see this level of interest. It wasn’t until 2009 when an Entertainment Weekly article got released. The article talked about celebrity fans, it being taught in universities and how much it had been built up. That’s when I was like there is something here, not future acting work, but something here. So what can I do with this opportunity?”

On remembering everything for the book:

“It was such a visceral experience and I had told stories about it for so many years. Also, I had all of the behind the scenes footage. I could step in and watch scenes, then quote the dialog of what’s happening. There were just moments that you will never forget, so many moments where you are like well how do I explain this?”

On how Greg became Mark:

“I read the script and I was like “This is beautiful and I will help make it, but I probably won’t be in this.” Tommy goes “Ok, but big mistake, your choice.” I helped him cast it and we found another Mark, one of the rules was that mark had to show his ass too. So we are ready to make the movie, it’s the night before, and we are driving on Santa Monica Boulevard. We had an epic fail moment at the restaurant. These girls come up to us, cheery with wine, and Tommy says to them “So what do you girls do besides drink?” I’m like, this did not goes well.”

“We continue driving down Santa Monica Boulevard, we are screaming and laughing. I had a beard at the time, Tommy turns to me and goes “My God. You look just like Spartacus.” Spartacus didn’t have a beard by the way. He then goes “You have to play Mark. Biggest mistake if you do not play Mark.” Something came over me where I think, well I am on the set all day anyway, maybe I should just do it. He could see that he nearly had me, then he said “What if we get you new car? How about that?” Sh*t, he’s got me. But I got that feeling of I should do it. I don’t know if it was a combination of feeling free and having the beard, but I told him sure.”

“The problem was that someone was already cast [as Mark]. So we turn up for the first day of filming and [Tommy said] “Greg is going to do some scenes as Mark.” Everyone is like err, ok. So we both do some scenes as Mark, but he is filming the other Mark on digital and me on film. It lasted about an afternoon before everybody found out. The first day was everyone that you would expect.”

On turning the book into a film:

“So from the day I started writing the book, my goal was for this to be a film. We got hooked up with a really good agent. He had never seen The Room but he loved the book. He had worked on No Country For Old Men, so I’m thinking Javier Bardem as Tommy, that’s it. The agent is like “Not so fast, Javier doesn’t read any scripts unless they are all in Spanish.” I’m like well ok, we can start translating it. Then we had a meeting with Tommy, and Tommy tried to turn that book meeting into a pitch for his new sitcom. The book agent says “I need to remind you, I do books to film.” I guess Sasha Baron Cohen was interested initially, which was cool. And then, the book goes out and time goes by. Three weeks later I get the call from James Franco and Seth Rogen. They had read the book on the set of The Interview. Half way through it they said that they needed to turn this into a film.”

What he learned as a director from Tommy:

“I think getting a movie made, Tommy went for it. Every day is a struggle on a movie production. Even if you have everything going for you, every day is a struggle. Things come up that you don’t plan for, it’s just about the power of pushing through and making the scenes on camera. Even if the scenes are not the best, at the end of the day you have something. There are 365 days in a year, and you can go “Oh we will shoot that another day…” I think for me the biggest thing was that he went out there and he got it made.”

“Family, health and an open mind.”