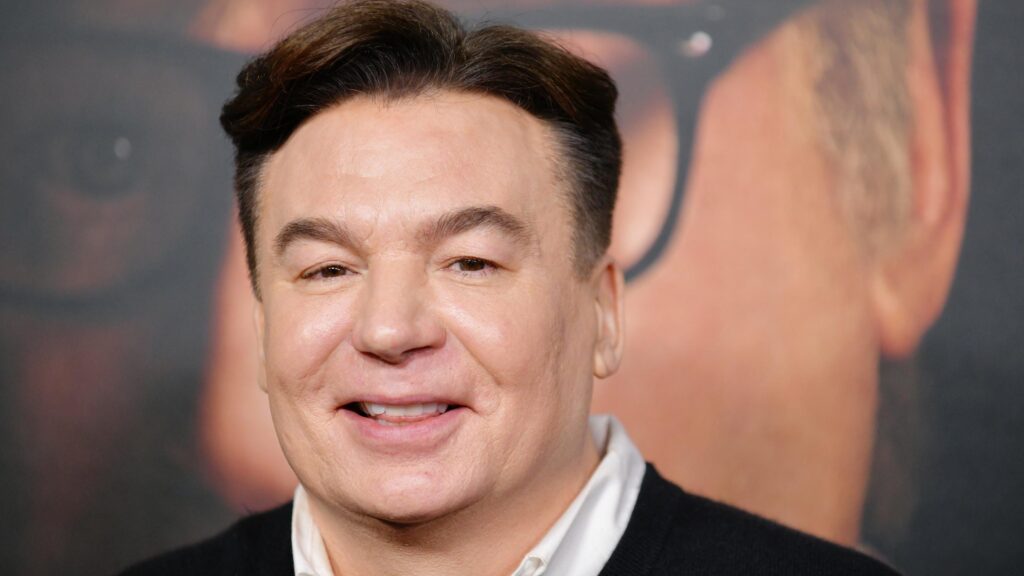 Mike Myers: From Austin Powers To Wayne’s World, Advice From A Comedy Legend

Mike Myers is an actor and comedian known for his films like “Austin Powers”, “Wayne’s World”, the “Shrek” movies, “So I Married An Axe Murderer” and many others. He joins Chris Van Vliet to talk about his new Netflix series called THE PENTAVERATE and also goes into detail about how he gets into character, how Martin Short inspired him, the biggest misconception about Canadians, what it’s like sharing the same name as Michael Myers from the Halloween movies, why he loved working with Dana Carvey and he does some of his famous voices like Dr. Evil, Austin Powers and Wayne Campbell from Wayne’s World.

Mike Myers, What do you think is the biggest misconception about Canadians?

“Well one of the things is I think that people confuse our kindness for weakness. I think that people do so at their peril, because we have consistently fought for democracy. I know that sounds corny, but with what is going on with the world right now and democracy under attack, I think we are on the right side of it.”

You play 8 characters in this series. What is the process like of getting into character?

“I remember seeing Martin Short from SCTV, he said that the makeup chair is where the character begins. The outside in the mirror fools the inside. For me, there are certain words that get me into character too. When I did Linda Richman the word was [New York accent] coffee. As a Canadian I couldn’t believe it was ‘Kauphy.’ You mean coffee? With Austin Powers it was ‘Yeah Baby’ and with Dr. Evil it was just ‘Right.’ I love performing and I love having to be there for it and show up for it.”

What’s it like sharing the name with a famous horror movie character?

“I didn’t grow up as a public person, I grew up working class in Toronto. I go on Saturday Night Live and then I go to cash the cheque from NBC. So I went to the Chemical Bank and the cashier said ‘Michael Myers? You’re not going to kill me are you?’ So I finally get onto a TV show and a fictional mass murderer with my name has already happened. It was kind of a really? But oh well, I was just grateful to be on Saturday Night Live.”

If you were to pick one of your previous characters to appear on The Pentaverate who would you pick?

“I think that Dr. Evil would be a good fit, or Shrek. At one point I wanted to a Wayne’s World where Wayne got his own heavy metal state. I can see him running a secret society, that could be fun.”

What is the best advice that you have received in your career?

“Never give up. The reason that you should never give up is that great reviews are just comfortable information. Bad reviews are just uncomfortable information, but none of it is definition. If you make something that you want to see, then you have already won. With my upbringing, it’s a lot to ask people to show up to see your thing. You should really work your hardest, it’s a lot to ask someone to sit in the dark, plus ticket, popcorn and coke. My parents drilled into me that you have to work hard to be a really good entertainer.”

Mike Myers stars in The Pentaverate, which is out now on Netflix.