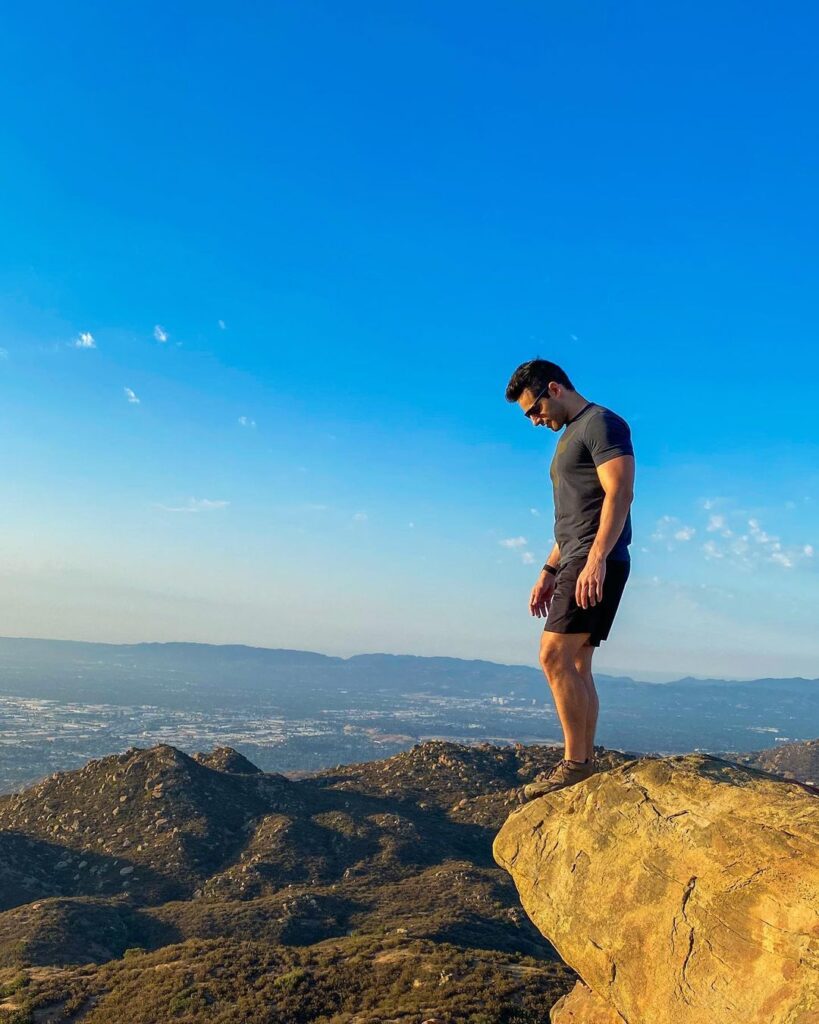 What The F**k Are You Waiting For? Stop Making Excuses And Start Living TODAY!

The start of a journey:

The Journey of a Thousand Miles Begins with a Single Step” I’m sure you’ve heard this Chinese proverb before. But the problem is a lot of people never take that first step. They look at that long journey in front of them and start coming up with excuses why they could never possibly complete a thousand mile journey. So they don’t even bother to start. Does this sound familiar? Of course you’re not LITERALLY taking a thousand mile journey. But maybe it’s your fitness journey…. or your journey into finding a new job… or into taking those steps toward a relationship. Or that podcast or YouTube channel or business that you’ve always wanted to start.

Let me ask you this: What are you waiting for?! Like seriously. What is standing in the way between you starting right now. Not next week or next month or tomorrow. Today? What’s stopping you from taking that first step? Instead of just talking about it or dreaming about it? Why not start doing it? What is the excuse you’re telling yourself? Because if you want it bad enough, you’ll find a way. If not, you’ll find an excuse. And let’s be honest any reason that’s holding you back from you actually doing it. Is an excuse. It’s as simple as that.

I’m sure you’ve heard me say it all the time, but if somebody else is doing what you want to be doing… that means there’s a path carved out for you to do it too. So, little Storytime for you.. For years I had been toying with the idea of starting boxing lessons. I grew up playing every sport imaginable. I started playing baseball at 4 years old. Hockey at 6, which feels like it’s mandatory when you grow up in Canada. I was on the volleyball team, basketball team, cross country team and track and field team in elementary school. The 100 meter and 200 meter were my best events until about age 12, and then it seemed that everyone got faster and I just stayed the same speed. In high school, I joined the wrestling team. I was always intrigued by boxing, but aside from throwing the odd terrible shot at a punching bag in the corner of the gym, I never really did it.

Over the last year or so, I really started thinking about starting up. But then those excuses started creeping in. You’re too old to start NOW! How much do you think that will cost? You’re going to be awful for the first year or two. That’s just SOME of the self talk that was going on. It’s like I had given up on the idea before even starting. Then I asked myself: What am I waiting for? Do I really want to do this or not? The next day, the craziest thing happened. I was working out and in between sets, I noticed a guy working out next to me with a shirt that said “Boxing Coach” on the back of it. I couldn’t believe it! What are the odds? I thought about it, did another set and then I struck up a conversation with him. As his shirt advertised, he was indeed a boxing coach and he lived in the same building as me. This was a sign. We exchanged contact information. And if you follow me on Instagram, you know that I now train at least once a week. I’ll admit I’m not very good, but I’m a heck of a lot better than I was before our serendipitous meeting. By the way, you can check out my coach on Instagram, his name is Salman and he’s @Salman.Boxing on there. But how easy would it have been for me to just keep telling myself I’m too old to start now? Or what’s the point? Or can’t you just do another workout that doesn’t cost anything?

I was blown away when I read about a study out of Cornell University that asked people at the end of their life what their single biggest regret was. It wasn’t something that they did, but rather something they DIDN’T do. 76% of people said it was “Not living their ideal self”. Can you believe that? 3/4 of people on their deathbeds look back on their life and think about the things they didn’t do and the chances they didn’t take. Do you want to be part of the 24%, or are you ok falling into that 76%? What is standing in your way?

By the way, if you think you’re too old: Stan Lee, for instance, didn’t create “Fantastic Four” until he was just shy of 39. Julia Child wrote her first cookbook at 50. Colonel Sanders didn’t become a professional chef until he was 40. Didn’t franchise KFC until he was 62, was broke at 65 and didn’t become an icon until after he sold his company at 75. Is today going to be day one or just another day. You decide. It’s completely up to you. So there we go! Share this with a friend who need to hear this. And shoot me a message on Instagram or Twitter and let me know what you thought of this episode. There’s many more to come! Until then… Be great, be grateful and we’ll see you on the next one for some more insight!

More episodes of Insight can be found here.