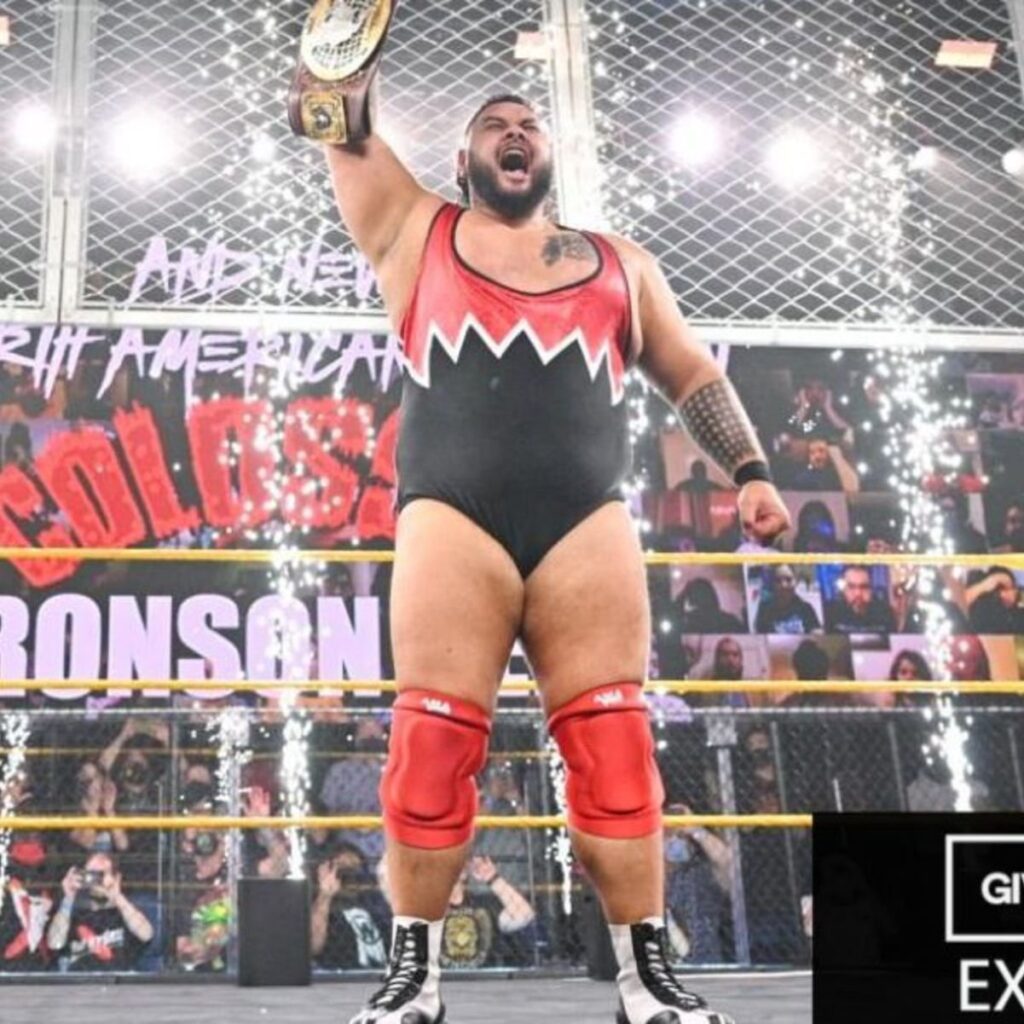 Jonah [FKA Bronson Reed in WWE] is an Australian professional wrestler known for his time in NXT where he is a former North American champion. He joins Chris Van Vliet from his home in Orlando, FL to talk about growing up as a wrestling fan in Australia, the influence of his fellow Australian pro wrestlers like Tenille Dashwood, Buddy Murphy, Cassie Lee & Jessica McKay, what’s next after being released from his WWE contract, thoughts on AEW, IMPACT & New Japan, his new podcast called JONAHDROME, his favorite movies and much more!

“When I started in the wrestling business, I didn’t work out at all. I was sort of a bit of a scrawny teenager. Then my original coach made me do wrestling workouts, lots of squats and lots of push-ups. Then from there he was like ‘You should get into some form of weightlifting, whether it is bodybuilding or whatever.’ I sort of did my own bodybuilding for a few years, which wasn’t really getting me anywhere. I decided to invest in a coach and do some powerlifting and learned some strongman movements. That’s now where I am today, it’s power building, a hybrid of bodybuilding and power lifting.”

On handling the release and what’s next:

“Well it was very shocking at first. I would be lying if I would say I wasn’t upset and angry and all the emotions that come with something like this. It’s like the 7 stages of grief. Even though I didn’t physically lose anyone, it was kind of like Bronson Reed had died. I’d spent the last few years investing in myself and becoming that character of Bronson Reed. But now that’s over and I have to look to something new. I am bringing back a little bit of what I did before WWE and becoming Jonah again, but it was hard. I have been able to deal with it pretty well though. I’ve had hardships in life and in the professional wrestling business before that have sort of prepared me for if this day was to come. I just didn’t think it would be any time soon.”

On a contract extension before the release:

“I started at the start of 2019 on a 3 year deal. Only at the start of this year I signed a new 3 year deal. I was blindsided that halfway through the year that I was released. Also with where I was placed in the card and how I was utilized, I didn’t think it was coming.”

On the WWE release:

“It was definitely shock. I got the call while I was watching SmackDown. I was under the impression the last few months with WWE that I would be moving to a SmackDown or a RAW. When I got the call, I assumed it was about going to RAW or going to SmackDown. I was quite happy on the phone and ready to hear that news. When the call was that I was getting released, that mood completely changed. I was in shock and awe. I made sure to question why and they didn’t really give me a reason at all, which is even more frustrating, because then you question yourself, like what happened?”

“I think shock was the initial reaction, but then I was more angry than upset. There was a lot more that I could have done, but that got taken away. But now I see that it is an avenue for me to do that somewhere else.”

On possibly wrestling somewhere else:

“Yes. I am in talks with the major promotions that you would expect me to be in talks with. Nothing is set in stone yet but there will be soon.”

“That’s a big thing that unless you are from a foreign country, you don’t realize. A lot of people who were released the same time as me, after the 30 days, straight away onto some independent shows. I have a lot of fans reaching out and saying ‘you should do this show…’ I’ve also had a lot of independent promotions reach out to me, but legally I will get in a lot of trouble if I do this. There are processes you have to do when you are a foreigner and I am working on that.”

On what he was taught in NXT:

“The biggest thing was working for TV. That was the biggest change for me, learning where the cameras are. They want to see more facial expressions. When you are working the independents, it is all about how the crowd is involved. When you start working TV, you forget that it’s about what the people at home can see and how they can get involved.”

On where the name Bronson Reed came from:

“I did actually. I pitched Jonah maybe 100 times [laughs]. My name was Jonah Rock, and they didn’t want the Rock part, obviously. I pitched all different last names for Jonah, and they just wanted to get rid of Jonah. So I came up with a bunch of different first names and a bunch of different last names. They picked Bronson and Reed and they put it together. I feel that that’s how a lot of people recently got their names.”

On his NXT theme song:

“I loved it as well. So I was lucky enough to work with the music people and Road Dogg, who was overseeing the music at that time. I had the generic, free music for a while on NXT TV. There was a huge list of songs that you could choose out of, and I recon I spent an hour or an hour and a half trying to find the best thing I could. I am under the impression that the theme means a lot. Your entrance music sets the tone for who you are and as you’re coming out, so I wanted something good. What I had was good, but I needed something custom and different. When they decided I could have new entrance music, I was very hands-on with Road Dogg. I was like I want a siren at the start. I wanted it to feel like a Godzilla movie. There needed to be deep bass like in hip hop. It sets the tone for the big guy coming out, and what they did produce was fantastic.”

“I had been doing the splash off of the top rope and I said to Wade [Barrett] ‘I call it the Tsunami. It’s not just a big splash, it’s even bigger.’ I came up with that and we had different announcers at the time, and they were good. But as soon as Wade got his hands on it, and he didn’t tell me he was going to say it like that, I was like wow that’s great. Then it sort of became a thing. I definitely miss the way he calls it, becasue he calls it great.”

On what he can and can’t use following his release:

“Yeah I made sure when I was getting released to ask as many questions as possible, so going forward it makes it easier. Not just with wrestling but with the immigration side of things. I asked the things to do with intellectual property and Bronson and those sort of things. I’m glad that I did. At the time I was going to go back to Jonah or call myself Bron. Now I am glad that I didn’t, because now Bron Breakker is on NXT 2.0. I made sure to get a discussion with those things on what I can and can’t do.”

On his future goals:

“I want to be very active in the wrestling world. I also want to be on North American television, so that people back home can watch me. It shows that the current direction that WWE and NXT have said they are going in, I think it has deflated a lot of people back home that are indie wrestlers. They are like ‘Hey what do I do now? This was my goal.’ I want them to see that there are other avenues you can take and be successful. My goal is that you can prove that you can be successful but don’t have to be in WWE.”

“My wife, all the support from my followers and Starbucks.”

Featured image: Give Me Sport