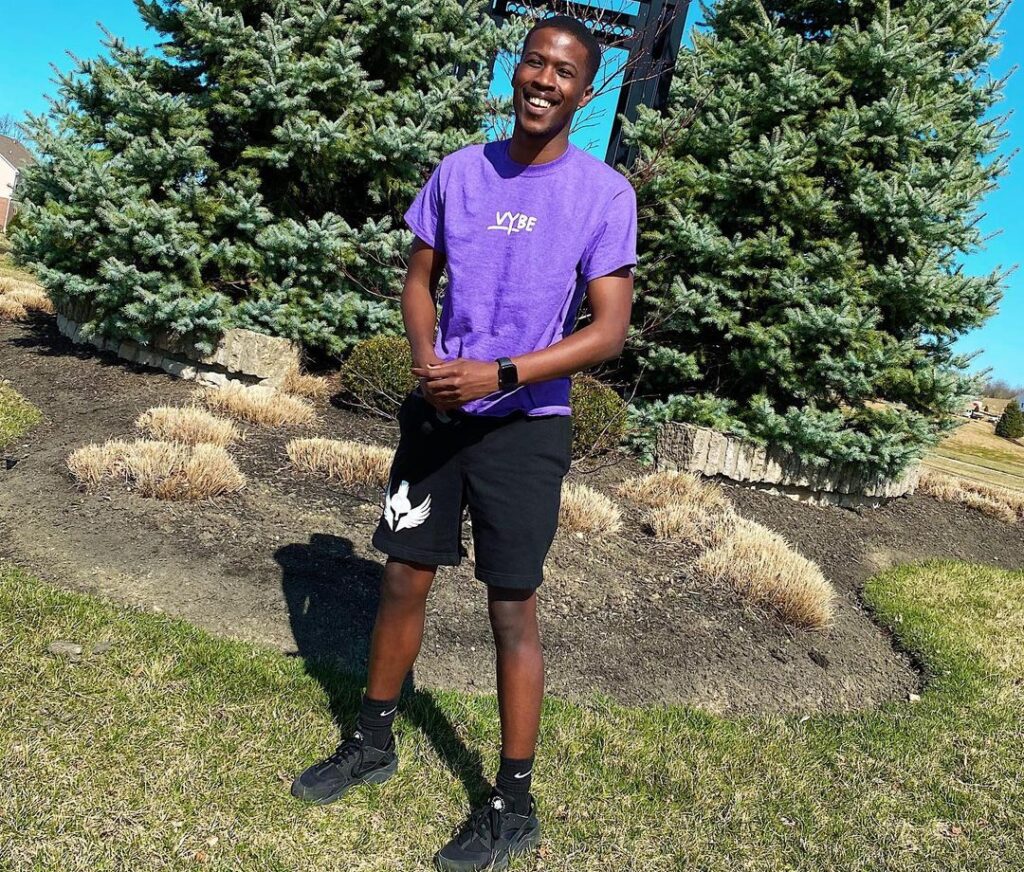 Brandon Collymore, better known as BDE (Brandon Does Everything) is a YouTuber residing in Dayton, OH. He talks to Chris Van Vliet about how he made YouTube his full-time job, the tools and tactics he used to explode his channel, why he chose being a content creator over going to college, what every YouTuber who is starting out needs to know, his favorite wrestling video game and much more!

On why his channel started growing:

“I knew exactly the reason why my channel grew 6 months ago, it was because I was being lazy. Like, I had so much passion when I first started my channel. I was then like ‘I want my first YouTube plaque.’ Then I didn’t have any goals. Once I started writing more goals, and figuring out that I didn’t like editing, that was the main reason why I got lazy. I hired an editor and videos started taking off.”

On his past goals and why he sets them:

“Some of the new goals were things to look forward to, like 6 months down the line. It was just to get to 300,000 subscribers by a certain date. So I would work harder, make more videos, be on a schedule, hire an editor. Just like small stuff that would get me there. Some other goals are like make this amount of money by then, just stuff to keep me motivated.”

On changes he made to grow his following:

“One thing I started looking at is my analytics. I would look at my videos and see what videos did better. So I was very in the mindset of doing My Career mode [WWE 2K games], and I would make those an episodic series. Over time, episode 1 does amazing, episode 2 is OK, and after episode 3 it starts dipping. But then I noticed all of my one off videos that last forever did better, so I switched positions. I think that did way better in the long run.”

On when he felt like a YouTuber and how he got started:

“That’s a hard question. In 2014 I started the channel. I would post Minecraft, Call of Duty, just random stuff. I’m 14 at the time. I would just upload content for my friends to watch. Eventually, it picked up a small audience. I was in high school and taking acting classes, it was cool to just do some improv videos from that. At the time, Minecraft and Call of Duty was not doing it. Then I was like I don’t know what to post, but I love WWE. I don’t know how to make content on it, but I love watching it. I just made injury report videos, posted that and it did well at the time. When WWE 2K17 came out, I skipped school to stream it on the day it came out, and that video took off. So I just kept uploading my career content. But I think the moment I felt like I became a YouTuber was when 2K invited me out to one of the Summerslam events.”

On how to make content with games that have limiting features:

“That’s the hard part. With 2K games, they don’t give us a lot to work with. So it’s kind of looking around and seeing what other content creators are doing. Sometimes I look what they are doing and apply it to myself.”

On when he decided to go full time:

“So I was in high school, I only had 900 subscribers when I graduated. I went to college, I did not like it. My mom always said ‘No matter what, you have to graduate.’ [high school]. I knew I wanted to be an actor or a YouTuber, and it is easier to build an audience on YouTube. I asked my mom for 1 year to focus on YouTube, if it doesn’t work out, I will go to college. She agreed to the deal, 3 months later mom tells me I don’t have to go to college.”

“That was actually a last resort. I hated the name at first. My first YouTube name was E-trauma, I hate that now but I thought it was so clever at the time. I want to change it, but I want my name to be in it, I wanted a YouTube name. I wanted to do wrestling content, but do other stuff as well. So OK, Brandon Does Everything, I felt like it’s a long name but what are the chances I would grow [laughs]. I also hated BDE but it was easier for people to say. My friends called me it so I’m cool with it. My YouTube plaque says ‘Brandon does Everythin’ the name is so long they [YouTube] couldn’t fit the G on it!”

“Niche down for sure, because the YouTube algorithm will love you. Next, make 100 videos, because chances are you will be bad at it and learn from it. By your 101st video it will be better than the first. Third, be yourself. When I am trying to be funny, I’m not funny. When I try to be myself I am just doing me. People also need to take more time with the title, because if that is out, it can change everything. The title and the thumbnail matter the most, because people have to click on it before they watch it. Even if you don’t have the equipment, just get started until you can get the equipment.”

“Everything I learned to be a YouTuber came from YouTube. I searched how to get a better camera, how to edit. The other day I bought a heat press so I can make my merch at home. I used to use Teespring, but the quality has dwindled so much. I use a heat press and a printer.”

On his favourite wrestling video games and wrestlers:

“It’s not a popular option, but I’m going to say SmackDown vs. RAW 2010. I spent a lot of time on that game. It’s mainly for the memories with me and my friends. My favourite wrestler growing up was Randy Orton, but of all time it’s Daniel Bryan.”

“My job, my girlfriend family and friends, and that I’m still alive with everything going on in the world.”