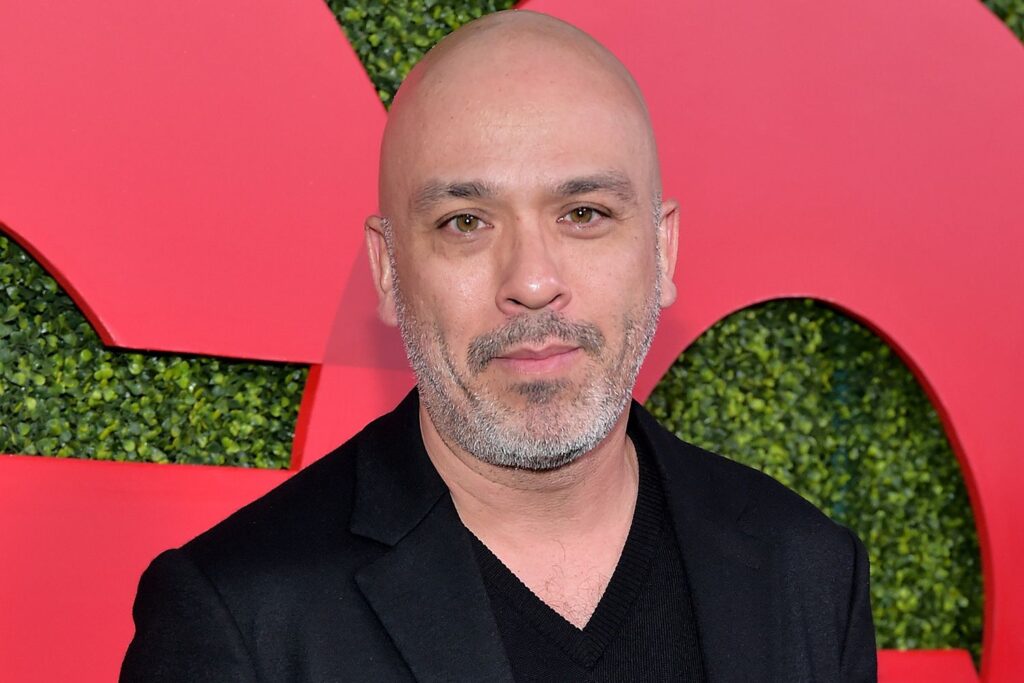 Jo Koy (@Jokoy) is a stand-up comedian and actor. His new movie “Easter Sunday” is in theaters now. He talks about the difference between comedy on stage and comedy in a film, what his family thinks of the impressions he does of them, how comedy has changed since he started in 1989, the best advice he ever received and much more!

On if Jo Koy knows if something is funny while on set:

On the movie being based on Jo Koy’s life:

“The whole movie was based on me so it was the stand up comic aspect. We didn’t want to go up as Koy becasue it wouldn’t make it fun to watch. It wasn’t a documentary, we wanted to make a movie so we had to change my name.”

On what Jo Koy’s family thinks of his impressions of them:

“I’m always going to get that. Even my son says ‘I don’t talk like that dad.’ But it’s like yeah you do, this is an embellished version of you, but that is what I hear. So that is what I am going to give.”

On what fans say when they meet Jo Koy:

“They say ‘Jo say it.’ It’s non-stop, and it will be from far away too, so I have to look around and see who said it. I just acknowledge it, I get it, they just want to find an ice breaker. I just got to realize that it is a phrase that people love.”

On what is the biggest difference in comedy now compared to 1989:

“I see that there is a bigger push for stand-up comedy now. When I started, no one was doing stand-up. It was like you could name the comics and that was it, the guys that were working in the comedy clubs, you didn’t know them because of social media. But now there is Instagram, Tik Tok, everyone has a winning shot at stand-up, I love that.”

On the best piece of advice received by Jo Koy:

“Man there is so much. Corey Holcomb, I used to open for him all the time, he would say ‘I don’t know who you are, so you need to tell me more stuff about you.’ I was already telling stories, but I got to be more specific and creative with my stories. Another one was Joe Torry, who told me to never be scared of silence and always go for the big applause breaks. And then Cedric The Entertainer, who said that whoever is smashing before you, you go out there and smash harder.”

More episodes of INSIGHT can be found here.