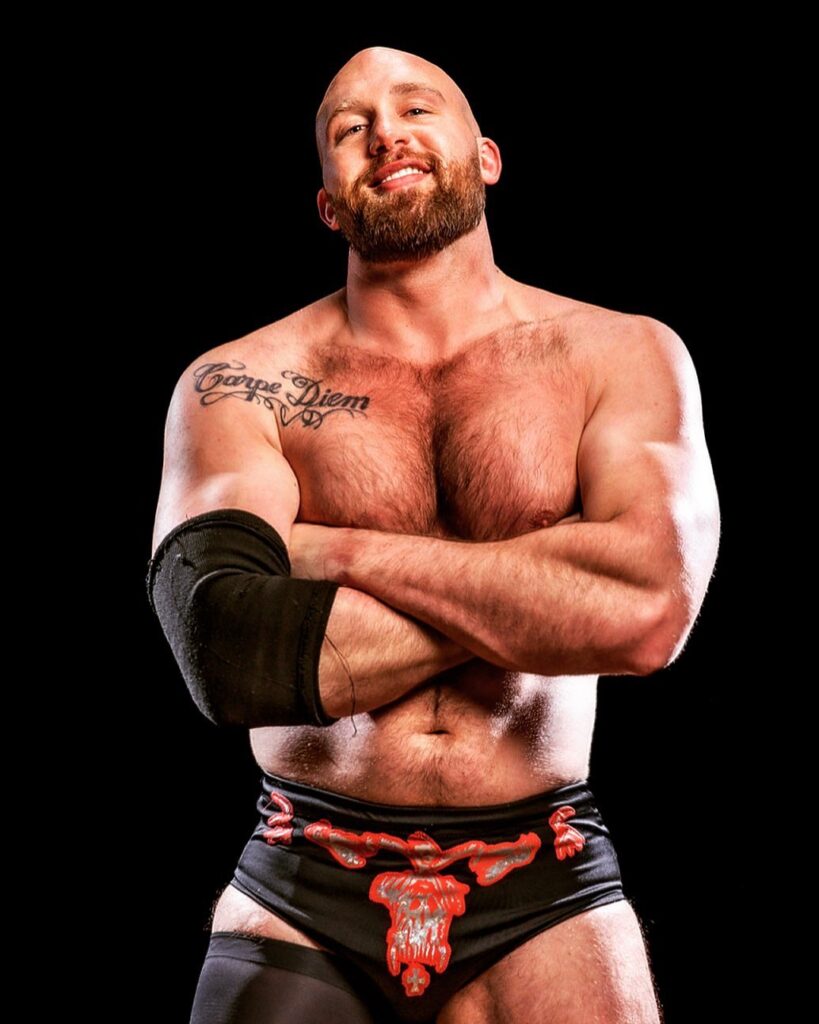 Cody Hall (@realcodyhall) is a professional wrestler and the son of the late WWE Hall of Famer Scott Hall. He joins Chris Van Vliet to talk about the recent passing of his father, what it was like growing up with Razor Ramon as a father, following in his footsteps as a professional wrestler, working for New Japan, what happened when he signed with MLW, his favorite Scott Hall matches, how DDP saved his father’s life, what his current career goals are and much more!

“I mean I would much rather have my father than the ring, but it takes me back to all the memories. All the times, I wish that I could talk to him about LA and that I met you and stuff. I feel that all the time, but when I look at this at least I know that I have a part of him with me.”

On Cody Hall stepping away from wrestling and then coming back:

“So like I said, wrestling can be a lot of things, it can be good or bad. The highs are high and the lows are low. I felt like I kind of experienced both and felt more of the lows. So I had been living in Japan, so living abroad, it can be exciting but also tough. I had some personal stuff too along with living abroad. But I was getting to 30, and even though I love wrestling and it is my passion, there are other things that made me happy. So I kind of thought about stepping away and finding other things in life. But the whole time I missed it, I considered coming back. But then of course, losing my father,  seeing all the outpour and the love, seeing what I meant to people, remembering all those experiences that I had similar with the travel and meeting all of the people. It just made me appreciate it and be a part of it more.”

On living up to his father’s legacy:

“Yeah, I used to think that it was my burden to bear, but now I’ve been trying to see it as my torch to carry. I am so proud, my father was a great man who lived a great life who did a lot of great things in his life. He lived a full life, so I am very happy for him and very proud of him. But it is hard, every show that I go to, people want to say such and such about your father. Oh he was the coolest, he was the best, and it’s hard to live down. It is hard to over shine him or step out of that shadow, so I always had like an inferiority complex about it. Like no matter what I did, it would never be good enough and no matter what I did, people would never acknowledge it, it would always be about my father. So that was definitely a struggle for me, and it kind of still is.”

On Cody Hall coming into wrestling as himself:

“I would say that I am still searching for it. In my first couple of matches I wore my father’s old gear. I wore the dripping blood and would go out there and hit The Razor’s Edge. And it was fun, I loved doing my father’s moves and like doing an old Razor Ramon match. But it definitely became hard, every time people looked at me they would think of my father. So accentuating that is only gonna make it worse. I’m not going to come out and do his cha cha or his fire and play into it. Because being an imitation is always like a losing effort from the start. Who I am trying to be is still up for debate still.”

“I’m a very self deprecating moment, I am very hard on myself. I’ve always wanted have my moment, like my ladder match, something I could tell someone to look at, and I have felt like I have never had that moment. I have had good matches where afterwards I have gone back and thanked the guy and say that we should have a rematch and believe it. But it is never as good in my head as I have wanted it to be.”

On joining the service:

“I guess that I was like just a lost soul. If you don’t have a lot of direction then the military is good for you. My parents were kind of going back and forth, I was living with a single mother at the time, I knew she was woking hard to feed me and my sister, she was cleaning houses for a living. That was really hard work, so I wanted to get out the house and alleviate the burden. So I did it, had a great time and still keep up with some of those guys. But my friends back home were telling me that I should have joined either a college or a community college. My father was finally talking to me and said that I should be a wrestler and he would coach me, so I went with him.”

On training to be a wrestler:

“I started training at 21, mostly with him in his living room. He had a DVD with 4 or 5 of his matches burnt onto it, we would just watch them over and over and I would lock up with him. This was when he was not doing good and really frail, so I had to be gentle with him. We would just go through the holds, and eventually we found a wrestling school. I would have a couple of basic matches where I would just do the moves and get through it. Then from there, he started having a hard time, so he moved to Atalanta to live with Dallas, where he really got cleaned up. I followed him up there and that was where my indie push and Japan all took off.”

“OK, well like I said my father was kind of gone when he first decided to go and when Dallas convinced him. But he had definitely been knocking on death’s door for a while there, that’s what kind of brought me back in to push through his tough times and how he was being, just because I thought that I should spend this time with my father before he was gone. We even did like an ESPN special around that time, you can look back and see the kind of condition that he was in. I thought that would be our goodbye, so just for Dallas to step in and to give him a whole other decade of his life, give him the chance to go on and earn these Hall of Fame rings and to leave the world in a better place and create so much more goodwill and memories for my sister and I. Dallas is an angel.”

On WWE reaching out to Cody Hall:

“No I have never had a try-out or a contact actually. I mean nobody has ever talked to me, so I am not sure what to think about it. My father’s advice was to always go to Japan and to learn how to work, and I always assumed that I would go to Japan, be really good and then someday someone would call me and they would want me and say ‘Hey we have something for you.’ But that day never came. I remember being there for years and once a year William Regal and Canyon Ceman would come and watch the show. I remember looking out into the crowd and seeing two white faces and being like wow that’s them, they are watching tonight. After the show I would sell my gimmicks and I would see them go to the bathroom, they would be right in line as close as I am to my camera, and they just wouldn’t look at me or say anything, so I guess it wasn’t meant to be.”

On collecting royalties from Scott Hall:

“I think that is possible. I think Triple H mentioned to me and my sister at my father’s funeral that some royalties should be coming our way. But I’m sure that something that I can sit back on my laurels for, but a little extra money never hurts, peace of mind. Once upon a time when my father was not doing so well and hard up for cash, he did sell a portion of his royalties for a lump sum. So I don’t think they are nearly what they should or could be. So that’s why I say that I am not trying to look to pave the way for me.”

On the best advice Cody Hall received from his father:

“That’s a tough one, because my father was really good with the advice. He had so many quips in and out of the ring. Maybe ‘Don’t be a mark for yourself in the ring.’ It’s not all about you and your moves and what you do in the ring every night. You have to take care of the other person out here with you, you have to care about the promoter. Whatever business he wants to do, you just have to keep your head on straight.”

“I guess in some sense [ I was kind of ready]. I had kind of mentally come to terms that my father was not going to live forever. He liked to be a rockstar, even when he came back to life. He liked to drink, liked to party and liked to stay out late. So he had those crazy nights, but when you live that life you don’t live to be 80, 90 or 100. So I  always knew, but goodbyes are hard like change is hard, so I wasn’t ready for it. I am still trying to come to terms with it, but I believe that he is in a better place. By the time I did see my father, it was pretty clear that this wasn’t going to be a kickout situation. He was ready to go, and I accepted it for him. I wanted him to move on and to not be in pain anymore. So it’s this kind of life, we are always going to lose our father’s at some point. I’m just glad mine was a great one before it happens.”

On who Scott Hall was to him:

“My father was like my best friend to me for a while. Definitely in those years in Atlanta, that’s all I ever wanted, because I feel like I never really got to know him growing up. So I stopped looking as him as a father, because the things he would do would hurt to much. But I embraced him as a friend, he was one of the boys and my buddy that I could talk about all the regular stuff with. That’s what made all the difference for me.”

On what Cody Hall is grateful for:

“To wake up for something today, for health and for friends and family.”