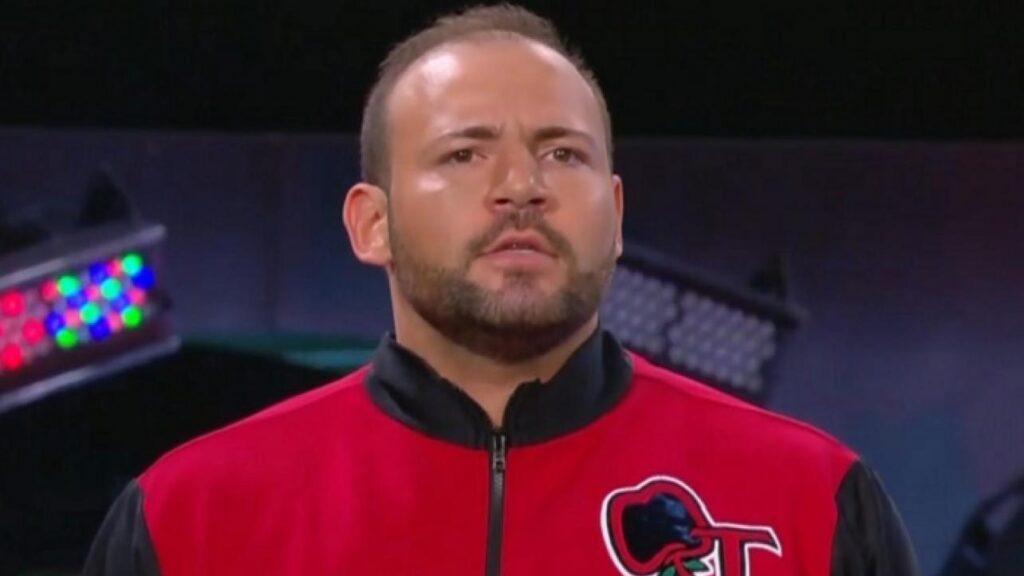 QT Marshall is a professional wrestler for All Elite Wrestling (AEW) and is the Director of Creative Coordination behind the scenes. He is also the head trainer at the Nightmare Factory wrestling school in Atlanta, GA. He talks with Chris Van Vliet about his faction “The Factory”, turning heel, his match against Cody Rhodes, the correct pronunciation of his last name, how AEW has pivoted during Covid to continue running shows when AEW might start touring again, and much more!

On how the past year has been:

“It’s been a heck of a year. Unfortunately the pandemic has been happening, but professionally it’s one of the greatest things for me. It gave me the opportunity to showcase what I could really do in the ring. It has led me to a lot more opportunities.”

On what has changed in the last year:

“I think it would be the fact that I am almost now a key player on Dynamite, before I was just doing the backstage thing. I dipped my toes in wrestling, but in the past year I’ve really been able to prove myself. And also, take my spot into my hands and take what I have deserved in the last 17 years.”

On how he got to wrestle in the pandemic:

“When the boss asks you to go out on live TV because there aren’t many people that he trusts, that kind of gave me a bit of confidence to start speaking up and asking for more opportunities. One thing I didn’t have to learn was how to wrestle. It was more about waiting for the right time, getting that opportunity and getting the ball, not fumbling it.”

On being a heel:

“I love it. I’m not a meet and greet kind of person. The way the fans talk to the wrestlers through social media, [Mike] Tyson thinks it’s because they won’t get punched in the face. But I challenge anyone who says anything to me to come down to The Nightmare Factory and try. As long as they sign the waiver, I don’t want getting sued. But I don’t want fans opinions, they are not critics.”

On AEW being unopposed on Wednesdays:

“Firstly I think it’s exciting, because there’s going to be more eyes on our product. But also, MTV Challenge, I didn’t know it was a thing. They have the top spot on TV every week and we are competing with them. I just think we need to give people the best product and get people interested in what we are doing. In our stories, characters and personalities. Just hope each fan will watch and tell a friend.”

On his shift in character:

“It was around the time that I started teaming with Dustin [Rhodes]. All the comments from the fans [saying] ‘I don’t deserve to team with Dustin. It should be this person it should be that person. QT doesn’t deserve TV time.’ Wherever they got that from was the narrative from the beginning. If AEW actually presented me as who I am, a 17 hear veteran who has travelled the world. A guy who busted his ass… But we didn’t present me as that, we presented it as Cody’s coffee getter. Think about the first match, I was presented as this guy who couldn’t anything. Then we flipped the opinion of the fans by the end of the match. That was planned. We wanted to get me over and for me to succeed. We were able to do that, but not able to capitalize. Little by little that hard work I’ve been doing, I was offered a backstage deal. So the moment I got in the ring, this was my time. But when I realized I was just going to be in the shadow of the Rhodes family, I started building my own team. I decided it’s now or never, and got Cody to do that exhibition match. No turning back now, lets go full speed ahead and take no prisoners.”

On having 3 roles: in ring, behind the scenes and training talent:

“Those are all of my passions. I love teaching and I love behind the scenes, I have one on ones with Tony [Khan] all the time. It’s very fun, but it is time consuming and tiring. I can definitely see a difference if we are up all night and I have to be in the ring the next day. With that there is pressure. But deep down I know that the money for me is behind the scenes. I have to go above and beyond to make sure I don’t mess that up. If one gets taken away, it will be the wrestling.”

On how dynamite was moved to the factory:

“The whole world was shutting down but I knew our building was shutting down too. One thing led to another, the building guy got in touch with our facility, we were able to make a deal. We closed the building, turned 4 rings into 1, curtains up. We were able to film a live Dynamite that Wednesday night. But the next day the World got closed. We filmed 6 weeks worth of TV in one day. It was a very tiring day, but we did it. I didn’t wrestle on any of those, which killed me. I realized when I saw that setup, I could do it for our facility. The setup is really cool. We teach everything from lights, audio, video, everything you could think of.”

What he has learned during this time at Daily’s Place:

“So one thing about wrestling in front of a wrestling school is that I have wrestled in front of wrestlers almost every night. For me, it was kind of like home. But for the big stars, I’m sure it’s harder for them. It’s nuts that we are watched by 1 million people but have 1 thousand in attendance. Of course you can redo stuff, you have the option if there is no audience. We try not to and don’t want to, but you have the audience. It’s weird because we always teach that there is no second take, but that’s TV magic for you.”

On whether AEW will be going back on the road:

“I think so. As more states open up, I mean look at UFC. They just had a sold out crowd in Jacksonville. I haven’t been following, so I don’t know what happened afterwards. I hope the effect wasn’t that bad and with vaccinations we can get back to normal. The one thing I want is a sold out crowd. My biggest fear is no noise. But wrestling with no noise on AEW Dark, I think we will be OK now.”

On meeting Cody for the first time:

“It was backstage at Ring of Honor. I was doing commentary at the time for Women of Honor, that was the deal. I met him and he was nice. He asked me if I could let Brandi [Rhodes] in the back door. Damien Priest told Cody that I had a facility, because Brandi wanted to train. One thing led to another, he wanted to train somewhere for All In. He wanted someone with passion and thought the same way he did. When AEW started he was presented with the opportunity to have an assistant. I remember him asking me to join and telling me what I was going to make. Man, I was like Jesus, I just want to wrestle. I didn’t want to ruin anything that I already have. But I’m always going to be known as Cody’s guy, but that’s not what I want. I want to be someone who gets opportunities by working hard.”

“My health, the support I have and my overall success.”