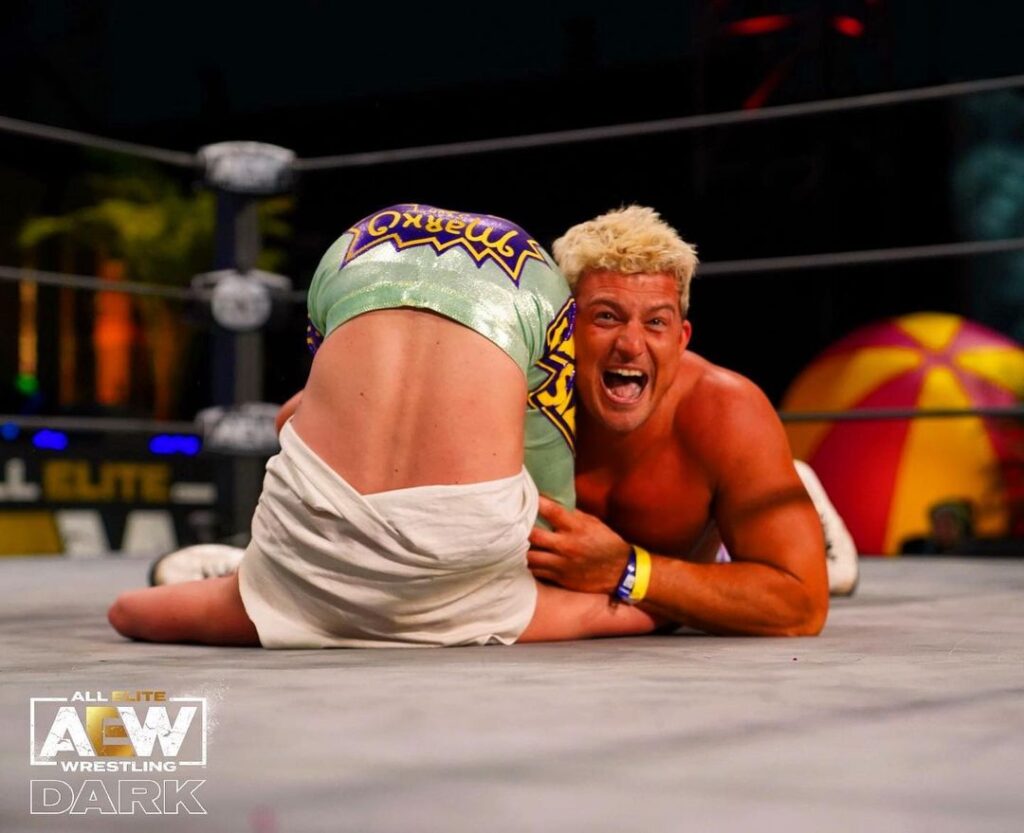 Ryan Nemeth on his AEW debut, his brother Dolph Ziggler, being released from NXT

AEW wrestler Ryan Nemeth recently guest starred on the Insight with Chris Van Vliet podcast. They discuss his AEW debut, being the brother to Dolph Ziggler and his new movie Heel:

“I have a streak of negative tests. With AEW there are a lot of tests before, during and after. I have had more than fifty tests. When I book stunts/acting I always want to test before and after.”

On AEW and his debut

“Being there is kind of like a huge reunion. I have so many friends from NXT or other parts of wrestling. Walking in the locker room felt like home. I went to AEW to see Amanda Huber (the late Jon Huber/Brodie Lee’s wife) because I knew there was going to be a birthday for Brodie Jr. I thought I would surprise her and say happy birthday. I used to babysit him in Tampa. I wanted to say hi to her, I also secretly had my gear with me. They asked me “since you’re here do you want to wrestle?” And I said sure. I think it went well, I blacked out but I think I won (laughs). I was honoured to debut on Dynamite. It felt great to be back in the ring. During shutdown I have been doing a lot of wrestling but not in front of a live crowd. It’s been a lot of stunt work or coordinating for TV shows. AEW are super into promoting creativity, a very motivational and positive environment.”

On being the brother to WWE Superstar Dolph Ziggler

“There are similarities. We are brothers, we are related, we were both trained by the exact same people in wrestling. We grew up wrestling for the same school together. But I will say I’ve spent my entire wrestling career looking and dressing the exact opposite of him. He had blond hair, I dyed mine black. He wore pants, I wore shorts. No matter what I do, for a decade, any time I’m in a match, the internet says I’m a carbon copy of him. But we’ve had pretty different lives. He was a college wrestler, I focused more on acting and writing. In the past few years, to do so many of these things together is awesome. I never felt like we were competing for anything though.”

On NXT and being released

“It was working great for me there while Dr Tom Prichard was head coach and John Laurinaitis was in charge of talent relations. They had a top 10 list of talent and I was 3 I think. Almost overnight, someone took over head coach, someone took over talent and I didn’t seem to exist anymore. This new coach did not like me or my brother. He is not there anymore though. I didn’t believe in him as a coach, I just said it. An executive confirmed the coach didn’t like me, and didn’t know if there was anything I could do. When the executive called to release me, I asked if that was what’s happening here, he said yes. It’s just how wrestling works. The phone call, the executive thought I was going to go to Hollywood. One month later I moved to LA.”

On his new movie Heel

“The plot of the film deals with sexual assault in the world of indie wrestling. It comes from a very real place. I was ambushed with stories about assault. That’s why I took a break from wrestling. It was really close to home for me. I can’t speak on behalf of these people. Legally, imagine the trouble I would be in if I did speak on behalf of victims. But I can use art to encourage conversations about these things. I love wrestling and the people in it. But there are some bad eggs that do bad things and get away with it. There is not one solution to it, but it’s one that I can try to help with. I would love it to expand to a feature or a series.”

Full podcast audio can be found below: